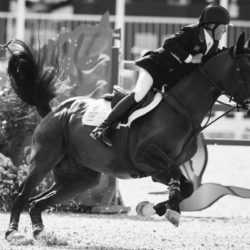 The comeback king: Skelton scoops Olympic individual Jumping gold He broke his neck in a fall 16 years ago, he has a replacement hip, he’s 58 years old, competing at his seventh Olympic Games and he was riding a horse that has been struggling with injury for over two years, but Nick Skelton made Olympic[…]